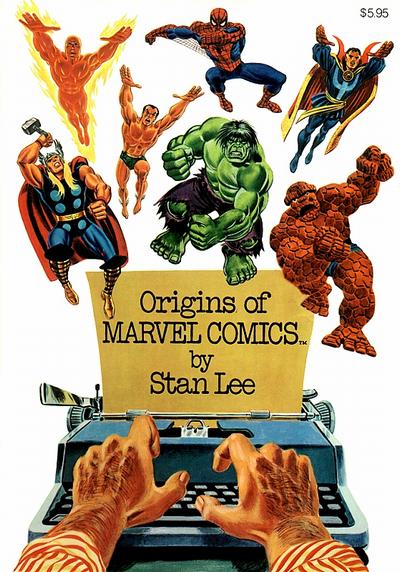 When I was around six or seven, I discovered my father’s old comic books. He’s an archivist and his closet reflects this–it is a meticulously organized trove of his interests, packed away in folders, binders and shoeboxes. The calm, stacked neatness of it compelled me, reigning in what might have been, in the hands of another man, a mess. I was fascinated. And so, after school, I dove into it and retrieved the Marvel back issues within.

I didn’t understand the stories, except for the Death in the Family issues–he was never really a DC fan, but he bought them all the same. I read that one greedily, raised on DC-derived cartoons, as I was–but my true love was Spider-Man. He was funny and charming and agile and I loved the bravado of the creators: the nicknames they gave themselves, the exhortations to look for the next exciting issue, o true believers! I loved that. I loved the fun of it, the wonder of it, the silliest affectations of the genre. To this day I can’t really articulate what it is about superheroes that makes me love them and I don’t think seven-year-old-Juliet could have either. I just do. Maybe that’s what makes one a True Believer.

As I grew, I found myself suddenly able to gain purchase within the world of modern superhero comics. I became obsessed–and I do mean obsessed–with the Teen Titans cartoon and read everything I could about the classic 80’s series from which it sprang. I found Livejournal communities and forums where I could catch up on the latest stories and immerse myself in the kudzu mythology of these characters and I wished desperately there were a comics store near me. One day, my father knocked on my bedroom door. Though I had tried desperately to hide my passion for the show from my parents, knowing that it was a strange thing for a teenager to obsess over, they knew–and my father had bought me the latest issues of both the mainstream Titans title and the one based off the cartoon. My father, who had grown up as the comics fan I dreamed of being–faithful, knowledgeable, and passionate–saw it in me. And encouraged it.

I have seen most of the superhero movies of the last ten years with my dad and after each one, I wait for him to muse aloud about the stories the film draws from. How a shot in Spider-Man 2 played off a famous cover from the 1970s. What made the Fantastic Four so interesting. Why Namor is such an great character. He passed down his Origins of Marvel Comics to me, the book that collects Stan Lee’s musings on his most popular creations and the first issue of each. Today, he ribs me gently about when I’m going to write an article on Daredevil or Gwen Stacy or–with a chuckle–Teen Titans.

I knew I was weird growing up and I did a lot to hide it from my parents. I wish now that I hadn’t–they would have understood. They would have encouraged me and did, when they knew how to (my mother, bless her soul, sought out impossible Sailor Moon merchandise for at least three Christmases). But above all, I am so thankful to have grown up with the father I have. A father who has only encouraged my interests, who has bonded with me over the fantastic adventures of silver surfers and quippy webslingers. Who tells me about the times he’s met Leonard Nimoy and asks, every time I come home from a convention, if I met Tuxedo Mask there. Who has never responded to my passion for this niche with “Oh…okay,” or “isn’t that a little strange?” or “you’re too old for that.” Because of my father, I grew up with no conception of it being strange for girls to like superhero comics. I grew up with no conception of bookishness and an interest in science fiction being weak or childish. Once my adolescent embarrassment over my interests evaporated, I found myself liberated–and able to enjoy these things with my father out in the open. I hope to do this for as long as we are both able. For now, I thank him, and I enshrine his memory in the archives of this venerated magazine.

The rules of the Pumpkins in the Storeroom: Games writing competition and a critical celebration of the writing of Joan Antoni Fernández.

The best in fanzines this week