Discovering and exploring a multiverse can be an exciting, adventure-filled journey. Be warned. There are dangers lurking in the multiverse

For any fans of the television show Sliders, Piper’s Paratime series, Turtledove’s Crosstime Traffic series or any SF works that deal with crosstime travel, discovering and exploring a multiverse can be an exciting, adventure-filled journey that any alternate historian would gladly sign up for. To learn about new cultures (and profit from them) is a noble goal for any temporal explorer.

You should be warned, however, before you jump into the nearest wormhole.  There are dangers lurking in the multiverse that could mean doom for yourself and your home timeline. The following are a few dangers to keep an eye out for if we ever perfect crosstime travel. 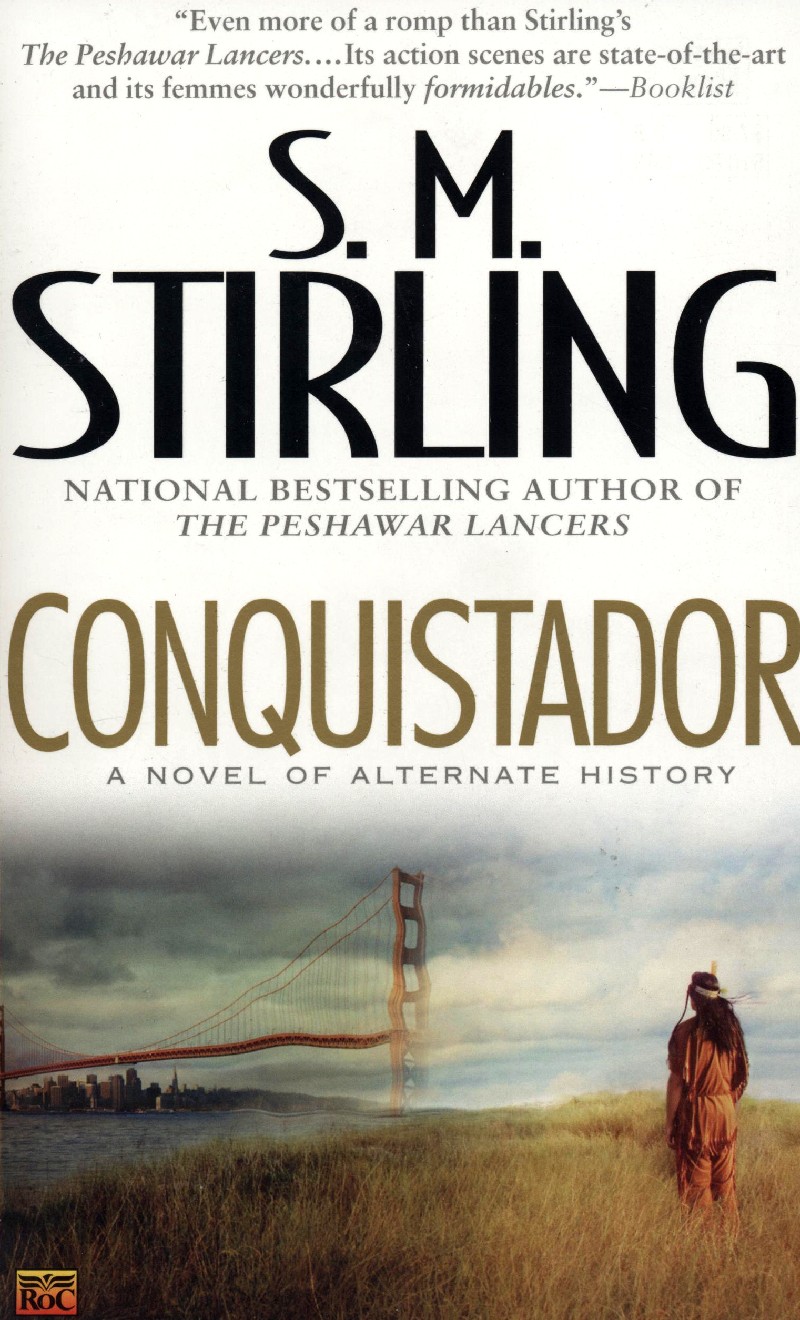 Native Americans were isolated from the rest of the world prior to 1492 and thus they did not gain the immunity to various diseases the rest of humanity gained. The arrival of Columbus and other Europeans changed everything and introduced diseases to a population that was not prepared for them. While the exact die-off is unknown, even conservative estimates put it into the millions.

Consider S. M. Stirling’s Conquistador, where some of the characters stumble upon a portal to a California where the New World remains undiscovered by the Old.  When they attempted to settle this timeline they once again unleash diseases on a people who are unprepared for them.  Consider the number of timelines we could infect with diseases that are only minor nuisances to ourselves, yet could collapse entire civilizations that are defenseless against the scourge.

The problem is the same could happen to us.  An infinite multiverse has an infinite number of points of divergence where any number of unique diseases evolved.  A crosstime traveler could inadvertently stumble upon a timeline where some common disease that does not threaten humanity at all mutated into the cause of the zombie apocalypse.  Now I am exaggerating the dangers by using zombies because a viral outbreak could be next to impossible depending on the method of travel. If crosstime travel depends on a stationary location, than quarantine could prevent an apocalyptic outbreak. If the device necessary for crosstime travel, however, can be carried in an individual’s pocket (like Sliders) than preventing unlicensed exploration of timelines would be almost impossible to prevent and run the risk of contamaniting our world with a deadly disease.

If one could find worlds more technologically advanced one could use that tech (e.g. robots, AI, nanotech factories, rejuvenation tech using microfluidic devices) to an unpopulated world and create a luxurious community in a clean environment with no terrorism or pollution or resource depletion. On the other hand, if multiverse travel is possible how soon till multiverse invasions by hostile species?

The idea of being invaded by aliens is not new to our culture.  In fact, the famous scientist Stephen Hawking has even warned humanity that our first contact with an intelligent species may not turn out well for us.  Yet while everyone is watching the stars in fear, perhaps Park is right that we should be worried about an attack coming from a different angle. 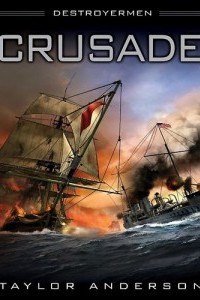 If we assume we exist in an infinite multiverse with an infinite number of alternate histories, it is possible that somewhere there is an Earth that experienced a vastly different evolutionary history.  One example are the dinosaurs surviving and having one species evolving into an intelligent race. With millions of years more to advance their culture, we cannot always hope that they will remain a pre-industrial society like the evolved raptors in Anderson’s Destroyermen series.

Yet we do not always need an alien species before the threat of invasions from an alternate timeline becomes a reality. We should worry about other advanced humans, like Stirling’s Draka. Throughout human history, when an advanced culture came in contact with less advanced culture, the more advanced culture eventually subjugates the other. There is no reason why this same constant won’t happen between interactions with other timelines.

So if we stumble upon some advanced civilization on another timeline, we may be inviting them to attack us. Maybe they are desperate for resources, having used up their own years ago.  They could also be in competition with another crosstime capable Earth to grab as much of the multiverse as possible, much like the Scramble for Africa from our history.  They could have some ideological drive to spread their beliefs wherever there is some “unenlightened” population.  The reasons are endless.

Regardless of the reasons, could we stop them? What are our counter-measures to nano-swarms that would disassemble our weapons into piles of dust, biological agents that would turn us all into meek slaves or space stations that could rain down nuclear fire at any signs of defiance? For this reason alone, keeping the secret of crosstime travel of other timelines may be paramount for the survival of our own civilization. Nevertheless, if we have the ability to move sideways through time, perhaps we will also have the technological base to do all of the above ourselves. Will we end up turning into a race of temporal conquistadors?

Stay with me on this one.  I know it sounds crazy, but this is an issue we should watch out for.

Larry Niven published a short story called “All the Myriad Ways”. It is set in a timeline where the Cuban Missile Crisis escalated to a nuclear war. Crosstime travel was also invented and the corporation who monopolizes it now profits from their discovery. The main character is a detective who is investigating an epidemic of suicides and murders. At the end the main character realizes that the known existence of an infinite mulitverse means that all possible choices that might be made are actually made in other timelines, thus making free will meaningless. By committing suicide or committing murder, the person is abandoning the sense of choice.

Now whether Niven’s depressing scenario is realistic is a matter of opinion. Nevertheless, science fiction has a pretty good track record when it has come to predicting the future. There is also plenty of proof that people do not always have a healthy reaction to the harsh reality we inhabit. Sidewise Award winning author Steven W. White also had some comments on the story during an interview I had with him:

…If there are countless versions of you, in which you are rich, royalty, president, poor, imprisoned, quadriplegic, and dead… what’s the point? They are just as real as you are. So why bother sweating over a tough decision? Why bother doing the right thing? In other words, once you really get your head around the multiverse, you become a nihilist (Niven is not a fan of alternate history, if that’s not already clear).

…How many versions of yourself could you meet before you got weirded out by it? What would that do to a person?

In my opinion, Niven’s idea scares me enough that research should be conducted on the psychological impact of crosstime travel if it is ever invented. 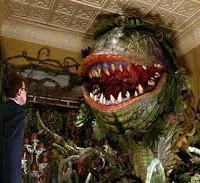 Often when we speculate on other timelines, we also discuss how human choices are the main cause and effect for the existence of the multiverse. In reality, the vast majority of all the timelines that make up the infinite multiverse have nothing to do with humanity. Consider the vast number of animal and plant species that have existed at one point or another on our earth. Should there actions be factored into account?  Is that not why we have the “butterfly effect“?

We are not talking about timelines with centuries of history, but with billions of years existence. Among these timelines could exist a collection of species and plants that are unrecognizable to anything that does or did exist on Earth. What would happen if they were unleashed on our Earth? What could an invasive alien species do to our environment? Already the ones that exist today cost billions of dollars a year, but the existence of some unknown species from some alternate Earth could possible mean massive ecological damage for our own Earth.

What havoc could hive monkeys wreck on our own timeline?  Or dinosaurs?  Or man eating squids? Large creatures, of course, would be easier to maintain, but what about smaller organisms like rats, insects or spores from a hypnotic plant with a taste for human blood? Some of the quarantine measures suggested above could help stop this, but depending on the method of travel (or how desperately some people want to collect bizarre creatures from across the multiverse) this might not be enough.

Even on our own Earth it is really easy to offend someone from a different culture. Remember what happened to Michael Fay in Singapore? Reactions to certain activities vary from culture to culture and could at times lead to serious problems between nations. Now that is just our Earth, consider what happens when you factor an infinite number of alternate histories, each with their own nations, cultures and ethnicities that do not exist from our own history. Consider the possibilities about how badly you can screw up and create an international incident on a timeline.

What happens if we discover an “evil” culture? Evil is a subjective term, but I think the vast majority of us can at least agree that a timeline where the Nazis conquered the world to be a pretty bad place. Do we have an ethical obligation to go in guns a blazing and liberate this Earth? Can we really hold responsible the men, women and children existing in this timeline for the crimes of the past? What if they regret the actions of their grandparents and have gone through a de-Hitlerization? Should we just wall ourselves off from such timeline, even if survivors from earlier massacres exist and beg us to take them away with us?

This is an extreme example, but it still is a difficult ethical dilemma that will only get worse when you move down the scale of evil. When is the right time to intervene in a history of a Earth? I don’t think there is an easy answer to that question and will likely have to be answered on a case to case basis. Let’s hope wiser people than me are the ones who make the decision.

I write this article not to discourage future exploration of the multiverse. Instead I only recommend that the future chrononauts take the necessary precautions to protect our Earth from the dangers that may exist in the multiverse. With that being said, I’ll take the next ticket to Earth 04-398-3409 please…

(Ed. Note:  Due to personal issues at the ASM editorial offices, Matt’s article was not published to the site during its regularly scheduled time, Tues., Sep. 3rd.)

In Memory: An Interview with SFWA Grand Master Frederik Pohl

The Teleportation Accident – Ned Beauman Bloomsbury USA 2013 ISBN-13: 978-1620400227 (Hardcover) I buy books, especially novels, based on whether or not the story might interest me. This includes anthologies or collections of short stories by authors whom I respect or who I think will provide a fun reading experience. But mostly I buy books […]